The weirdest thing about the apparently-not-actually-Covid case I’ve got has been its effect on taste and smell.

It’s already starting to go back to normal, but for a couple of days it went really wonky. It never went out completely. It was more like taking an audio equalizer and readjusting the sliders so that some frequencies are barely audible and others are louder than they should be. And maybe shifting tracks out of sync while you’re at it.

Umami was the only taste that stayed intact, so flavors like cheese were fine. Sour was blunted in some cases, overpowering in others. And sweetness was both faint and delayed, which was really strange.

Seriously: I tried a chocolate chip cookie, and at first it was like eating a cracker or plain biscotti, but after a few seconds of chewing I could taste the chocolate and then the sugar.

I did some experiments with smell and the spice cabinet. I could smell most of the dried herbs fine – oregano, thyme, dill, cloves. Rosemary was kind of faint, but I could pick it up.

I could smell cinnamon but not nutmeg, which I thought was odd.

But the really weird one: paprika, ancho, black pepper, cayenne and ginger all smelled subtly off from normal. It was like when you get a chile of a type that’s normally spicy, but isn’t, and you can still taste the flavor but it doesn’t have the bite you expect.

Ketchup and mustard tasted more sour than usual. Plain yellow mustard was so intensely sour I couldn’t stand it!

Teriyaki tasted a little more like sweet and sour sauce.

Gochujang and caramel were both a little bit off, but I can’t quite place how.

Chocolate syrup was interesting, because I could pick up the chocolate taste before the sweetness, so it started out tasting like darker chocolate.

The same thing happened with chocolate candies. We have an assortment of Ghirardelli squares, and I tried a few of them: the 60% cocoa tasted like the 72% normally does. The filling on the mint was more noticeable than its chocolate coating. And the sea salt caramel just tasted like salty chocolate. 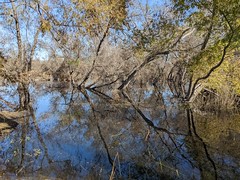 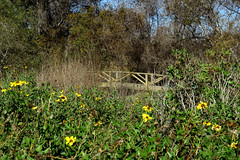