Last weekend, after spending Saturday running errands and Sunday taking care of stuff around the house, I went out to de-stress with a photo-walk at the coast, taking pictures of shorebirds, waves, sailboats, sand patterns and a zillon tiny shells. On the way back I started feeling aches and chills, and by evening I had a 101-degree fever and felt kind of like Firestorm.

Everything has pointed to the flu, and it’s been manageable with home care, so I’ve been staying home all week, alternating sick days and remote work depending on how much I can handle each day.

Meanwhile, Covid-19 has continued to spread across the world. Literally the next day, Los Angeles County announced the first confirmed case of community spread. Events are being canceled left and right, schools and museums and even Disneyland are closing, whole countries have implemented quarantines, and it’s become blindingly obvious that it’s no longer possible to contain, we can only hope to flatten the curve and keep the pandemic from overwhelming the health system by hitting too many at the same time.

It’s been a really weird week to stay home sick with something else.

On one hand it’s been kind of a trial run, which is useful. Practicing the extra hand washing, distancing, trying not to get anyone else in the house sick, all that. But on the other hand there’s the understanding that I’m probably going to have to go through it again when one of us gets actual covid-19. There’s a part of me that wants to get it over with, like being sentenced to time served.

I’m not especially worried about us, since we’re reasonably young and healthy to start with, so we’re likely to recover if and when we get it. Probably without hospitalization. But I certainly don’t want to spread it to someone at greater risk, so I’m totally on board with remote working (post-flu) and avoiding crowds.

Still, I hope that there’s a gap between when I’m no longer wiped-out/contagious from the flu and any potential lockdowns in this area (general or just our house). I’d like to be able to do supply runs, though we’ve been building up a bit of a cushion on each grocery trip. I’d like to be able to pick up takeout from local restaurants while they’re open. I may need to pick up a new thermometer since the button on this one has gotten temperamental with all the times I’ve used it this week.

But mostly I want to be able to spend at least some time outside. I get cabin fever. Tuesday I was already pacing the living room between bouts of fatigue. Wednesday I was excited to walk to the mailbox. And that’s only after a few days. I don’t need to be around lots of people. I like outdoor solitude. Hiking nature preserves. Photo walks like the one I did right before the flu hit me. Even just walking circuits around the neighborhood. If I can keep doing that, this will be a lot easier to manage. 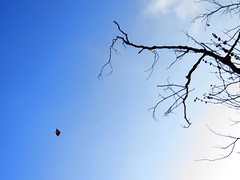 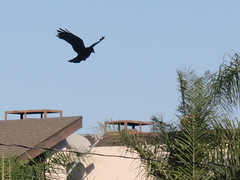