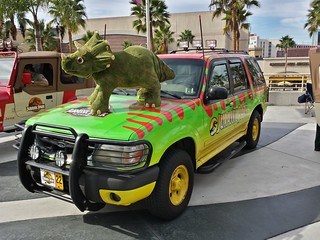 Comics, costumes and cars…writers and artists…Young Justice and scenery by the sea. I had a good time at Long Beach Comic and Horror Con on Saturday, though I felt like something was missing. At first I wasn’t sure what, but by the end of the day I realized two things:

Skip to the photos if you want, or read on.

The con is starting to feel like two conventions. No, not comics and horror. Five years on, it’s still the most comics-focused “comic con” I’ve attended. I find myself wondering why they still have “Horror” in the name. No, the two cons are: costumes in the lobby and around the edge of the main floor, and books-and-art inside. There were cosplayers I saw repeatedly in the lobby and wondered whether they ever managed to make it downstairs at all. 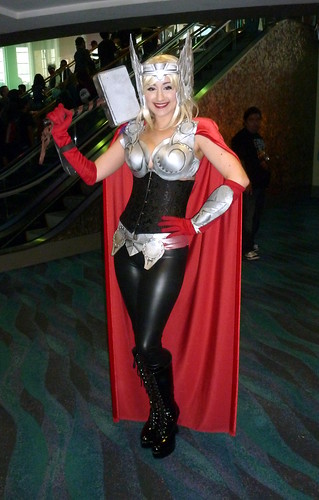 Among the cosplayers: the amazing Loki from last year was back, with an Asgardian costume. While I was taking his photo, someone shouted “Hey, what’s Tom Hiddleston doing here?” He just lifted his finger to his lips in a shhhhhh… gesture and went back to posing. 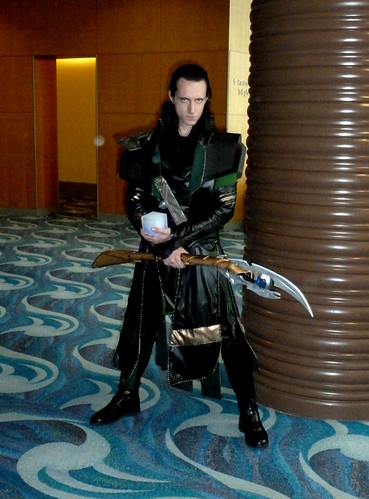 The heart of the comics part of the convention is Artist’s Alley, which LBCHC continues to make the gigantic centerpiece of the main floor. I made several passes through, skimming the exhibitors and talking to a few, but I never quite got to the thorough, table-by-table pass I meant to do by the end of the day. That’s part of why I wanted to come back if I could. Plus, being within driving distance from home, I could grab stuff from my collection to get signed. There were a number of artists and writers whose names I missed on the website, but there were others that I know were there that I never stumbled upon.

The roller derby was gone, but they did have the Star Wars laser tag again. 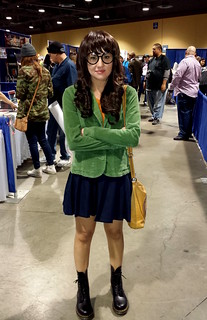 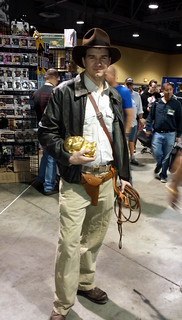 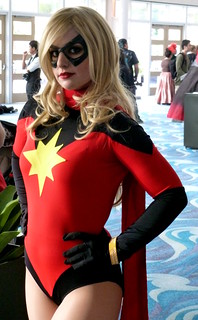 Because I’d forgotten to bring a shopping list, and I can only spend so much time searching through long boxes, I ended up buying only a few Christmas gifts, but not much else. I was rescued from the temptation to pick up another volume of Absolute Sandman for $60 by the fact that the booth only accepted cash.

But the panels were great.

A nice thing about regional conventions: They’re big enough to attract talent, but small enough that you can still get in line five minutes before a panel and not worry that you’ll be shut out of the room. (At SDCC, chances are you wouldn’t even get close to the room.)

Sure, I was battling brain freeze from trying to drink a smoothie too fast (should’ve stuck with the coffee), but I made it into the Young Justice Voice Cast panel with room to spare. It was mostly a Q&A event, with a huge number of cast members and Greg Weisman, answering questions and telling stories about the show.

Jason Spisak, when asked about getting into his character, remarked that Wally West’s lines in the script always look like he’s a “total douche,” but what he had to do was think: His friends keep him around. There’s got to be something endearing to him that they want to have around.

The game studio that did Young Justice: Legacy still has the license. If the game does well enough, they’d like to do a sequel…set during what would have been season three.

Marv Wolfman and Scott Lobdell had a panel that was just the two of them talking about their years in the comics industry. From the early days of rejection letters and doing short stories about obscure characters, to Wolfman having the clout to insist on complete creative control for New Teen Titans. I’ve seen Wolfman speak before, and met him a couple of times at signings, and he’s always interesting. Lobdell I’d only known by reputation, and listening to the pair of them made for a fascinating hour. The panel was recorded. Once it shows up online, I recommend listening to it. Update: I haven’t found the recording, but CBR has a good writeup. Update 2: Fandom Planet podcast has posted the audio at Geekscape and on iTunes. [Update 3: it’s not on iTunes anymore.] I finished off the day with a Mark Waid spotlight that was just him talking and answering questions with occasional remarks by (I think) Jesse Blaze Snider. Waid usually does a spotlight at this con, and I usually have to miss it for one reason or another, so I was glad to be able to make it this time. There were a lot more questions about writing process for him.

Interestingly, several things came up in both writer discussions: The old Marvel/DC split between character-focused and plot-focused comics (Wolfman deliberately merged the two storytelling styles with NTT), and modern comics that spend too much time on talking heads without having the dialogue skill needed to work.

I had a great time just listening to these guys talk. 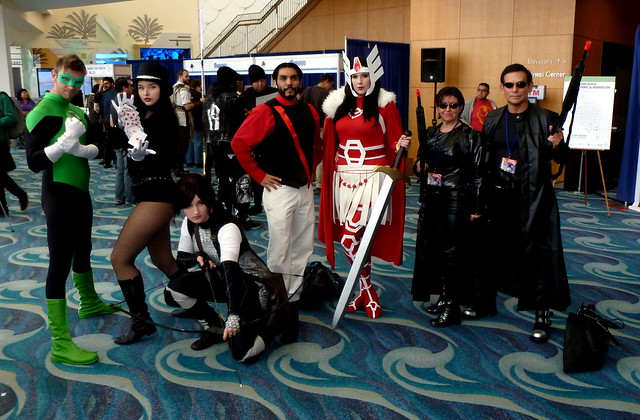 Either my new phone has a better antenna than the old one, or T-Mobile has improved their coverage in the area, because I actually had enough cell signal on the show floor to upload to Instagram. It was a weak signal, but it was enough.

Finally, no trip to the Long Beach Convention Center is complete without stepping outside for a bit, especially on a sunny day. The marina is at the end of the walkway, the Queen Mary is visible past the shops and restaurants, one of the exhibit halls has a Wyland mural, and Rainbow Lagoon park is right behind the convention center. (Side note: I recently learned why the park has that name: the semicircular Rainbow Pier used to enclose the area on which the convention center, park, aquarium, and shopping center now stand, before they filled in the area.) I spent maybe fifteen to twenty minutes walking around after lunch, and it was absolutely worth it.

More photos on Flickr, including the Batmobile, a Tribbles claw game, Ursula the Sea Witch, a gathering of Deadpools, more shots of the park, and more! 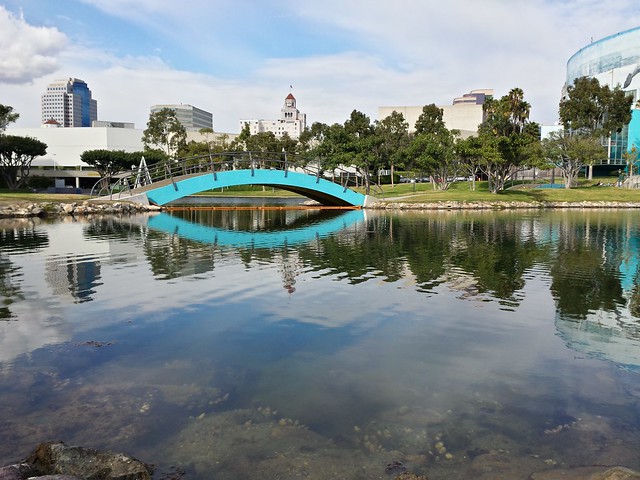