I swear I’m not trying to turn this into a squirrel-themed blog, but here’s another encounter that I thought was worth sharing.

Most of the squirrels I see are really skittish around people. This one, in a city park, walked up to me and posed. I’m not sure what it was doing in the first shot, because it can’t have been trying to psych out a boxing opponent. But a few seconds later, after I’d knelt down with the camera for a better shot, it adjusted its pose into a perfect Oliver Twist, “Please sir? May I have some more?”

Tough Squirrel and Please, sir? on Flickr. Originally posted on Pixelfed and on iNaturalist.

Yahoo Groups is shutting down, taking years’ worth of users’ writing and discussions with it. It’s the latest reminder that if you don’t host it yourself, your stuff is at the mercy of someone else’s business decisions. Or whims.

My old blog posts are full of dead links to sites where people were hosting their own stuff, but it’s gone now. I’m sure some was taken down deliberately, but I’m sure there’s also a lot that was lost because they couldn’t maintain it.

And if for some reason you can’t keep those ongoing costs going, guess what? Your stuff goes offline. But you’re still on Facebook!

There’s a character in Les Misérables, Pere Mabeuf, who gets left out of most adaptations. He’s an old man who, for a time, eked out a living from a book he’d published years earlier. Eventually he’s so strapped for cash that he has to sell the printing plates, so even if someone wanted to buy a print run, he couldn’t do it. Essentially, he was self-hosting his work until he couldn’t afford to anymore.

Imagine one of these scenarios:

I still think, on balance, it’s better to host your own online presence if you can, at least the parts you want to be long-term. Have your conversations where other people are, and put your art or work somewhere you control. But as a backup, I think every CMS should incorporate an “Export to static site” feature*. That way, you (or your next of kin) can quickly produce a fully-functional static site to toss on cheap shared hosting as an archive.

*You can use wget -m in a pinch, but you probably also want to remove things like comment forms in the process. 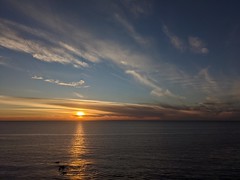 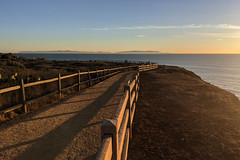