I liked Rogue One: A Star Wars Story quite a bit. Despite having a very different tone from either the original trilogy or the prequels, it’s still recognizable as a Star Wars film, and successfully weaves in and out of the events leading up to A New Hope.

There’s a somewhat odd setup for where they actually find the Death Star plans, though. SPOILERS after the cut:

The Imperial Archives has a giant IT tower with physical media. Someone at the front desk has to locate the file in a catalog, while someone at a waldo station physically retrieves the appropriate hard drive.

At first it seemed needlessly archaic, but as I watched the sequence I realized: This is a secure storage facility for highly classified data. There’s some logic to keeping the most critical files isolated on offline physical media so that even a super-ultra-hacker can’t get at it.

I still can’t make the transmission tower setup make sense, though, except possibly as another layer of physical security (like the landing platforms for cargo ships being way out at the end of a spur). Maybe ordinary protocols require the drive to be kept within an area whose computer systems are also isolated from the rest of the base network (and the Imperial internet), and any transmission requires five levels of review, forms filed in triplicate, and an armed escort to the top of an open-air tower where a guard can watch you and ensure that you’re only transmitting to the approved ship?

Update: Preservica has put a lot more thought into the flaws in the archive design such as not having redundant offsite storage, not storing the data encrypted and counting on access controls to keep it from leaking, and so on (via TMS). 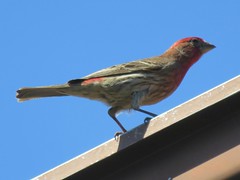