Some of the interesting bits: Leading into “Carbon,” she added a verse about this crazy redhead driving around the same streets as you, and flicking you off, and yes, that was me. She covered “Nights in White Satin” and a Pearl Jam song I didn’t recognize (Edit: “Black”), and mixed “God” with a Kate Bush song (Edit: “Running Up that Hill” a.k.a. “A Deal with God”).

Her performance of “Winter” was a great example of how to professionally deal with mistakes. In theater, particularly music theater, we’re taught that if you make a mistake, you act as if you meant it, because the whole thing is to present the story. You don’t want to break the fourth wall. But with a concert, you don’t have to worry about the fourth wall—some singers especially want to make a connection to the audience. In that case, it’s often better to acknowledge the mistake, then pick up the performance again. Well, she got one line into the second verse, and suddenly stared at the audience and gasped, “Oh my God!” She kept playing the piano, though, and started ad-libbing about forgetting lines, and joked that she sometimes feels like she’s in winter herself, then went back to the beginning and played the whole song through.

So, in the style of the last review…

The last time I heard “1,000 Oceans” in concert was in 1999. For some reason I hadn’t actually picked up To Venus and Back yet, or hadn’t had a chance to listen to it, and the song just hit both of us.

We actually have a recording of the last concert we went to. It was one of two that were recorded and released as official “bootlegs” through the Tori Amos Bootleg Boutique. The newsletter that announced them said that they plan to release more. I hope this one is on the list! 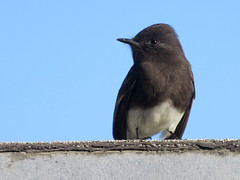 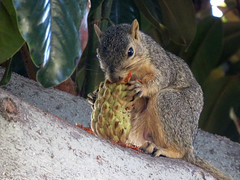