Time in comics is a strange, fluid thing. When you keep adventure characters in print over the course of decades, you don’t want them to get old. And so characters like Superman, who debuted as twenty- or thirty-somethings 60+ years ago, are roughly the same age today.

This is hardly unique to superhero comic books. The same is true of James Bond movies, the Hardy Boys and Nancy Drew books, and even newspaper comic strips. (How long has Dennis the Menace been five years old?)

Still, it makes for interesting contradictions. If Superman debuted 14 years ago, he can hardly have met JFK, so clearly any stories dealing with him are no longer “canon.” On the other hand, if the story doesn’t depend on JFK having been the President at the time, the nefarious super-villain plot may still be part of Superman’s history. But sixty years of chronicled adventures crammed into fourteen years makes for a pretty busy life! (And how frequently does the US hold Presidential elections in the DC and Marvel universes?)

The time-squishing effect is easiest to see with flashbacks. Stories originally set in the 1950s, and told with 1950s sensibilities, are supposed to have taken place only 5-10 years ago, setting them in the 1990s. When they get retold, in whole or in part, the setting, storytelling, visual design, and even dialog are usually updated. A few years ago an origin story for the Flash showed a young Wally West. In his room there was memorabilia for Star Trek: The Next Generation, and yet the character first appeared a decade before the original Trek! This effect was poked fun at in a Teen Titans story a few years ago. It was told in full 1960s mode, and at the end it turned out to be a story told to Impulse, who complained that “People didn’t really talk like that when you were a kid!” And he’s right, within the context of the comic book. But outside that context, he’s wrong.

Actually the Titans make an interesting case, as they’ve been allowed to grow up, but their mentors, the Justice League, have (for the most part) not been allowed to grow old. The original Teen Titans, depending on author, editor, and story needs, are now anywhere from 24-29 years old. The Justice League seems to be mainly in the 25-35 range. That’s a lot of overlap, and you can easily end up with very small age gaps between mentor and sidekick.

There are exceptions. Time passes normally in comic strips like “For Better or For Worse,” in which the Patterson children have grown up year by year, the oldest starting his own family. Time also passes normally (or close to it) in The Sandman, with the same number of years passing from the now in Preludes and Nocturnes to the now in The Wake as passed during the series’ publication. (This makes for yet another contradiction, as the series is nominally set in the same universe as Superman and the rest.) But Johnston and Gaiman are exceptions. The vast majority of comic books pass in a bubble of slow time, and the vast majority of comic strips are frozen. Charlie Brown, Calvin and Dennis will never grow up. Jason Fox will be a child genius forever. As long as Superman, Batman and Wonder Woman remain popular, they will never get too old in their mainstream books (alternate universes notwithstanding). 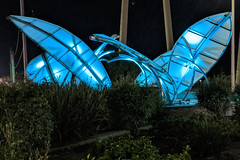